Man i was at a historical park and it felt like an apple fell on me.  I then realized a fucking Canadian goose shat on me. It looked all green like grass. What a fucking nightmare.  I got owned officially by Canada.
Read More

I’ve seen nothing but white people except for 1 Asian couple and 1 black couple in the capital 45 mins away but they carry on with 100% diversity anyway. They make everyone speak French, even for no reason. Every damn item including random memorial stones have French on it hah. Their forms are also super
Read More

Apparently my uncle made over 1 million on medical marijuana stocks. I guess i shoulda been closer to him so he coulda hooked me up
Read More 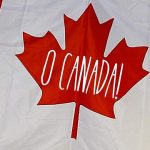 Slept 20 hours first day, 10 second. Today it’s going to rain. I have no computer but one is here. Im just doing 3 phone games as usual.  It’s just me and my daughter.  Photos on facebook. I scouted metal detecting spot but someone was already doing it which is super lame. One town has
Read More 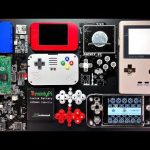 Cool things you can create with Raspberry Pi boards or similar. I want to make one of these things.
Read More

I’m going to Canada for the first time since 2002. This time I have citizenship. Hopefully I can find something to do or at least play my mobile games.
Read More 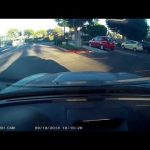 What button do I press to not get raped? So I need to take a Lyft/Uber to the airport to pick up a rental car, to then take the rental car to drive to the next airport. So I got the app/signed up. I say forget Uber. I’ve read enough bad things about them that
Read More

Facebook BANS founder of #WalkAway movement to silence those who choose to leave the Democrat gulag Kavanaugh’s accuser recovered her memory at the time Dems were panicked Romney would win and nominate him to SCOTUS Republicans are not Trump people. There’s 3 factions.  Three Republican Senators Open to Delaying Kavanaugh Vote Over Sexual Assault Allegation
Read More 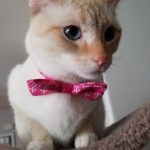 Joan Bowell, 51, who lives on the island of Syros with her husband Richard, 65, began advertising for someone to take over their role last month in a Facebook post that quickly went viral. [Read More]
Read More 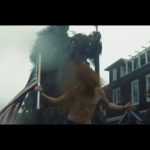 Read more This guy is so funny. Check out this one.
Read More 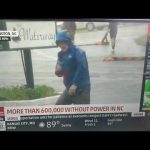 In the video shared by Twitter user @gourdnibler, two men can be seen walking at a comfortable and relaxed pace behind Mike Seidel from the Weather Channel battling what one can only assume are ferocious winds.
Read More

Russian secret service ‘in crisis’ after botched Novichok assassination attempt in Salisbury The full story of how MI6’s greatest ever KGB mole was smuggled out of Moscow Jack the Ripper’s victims were NOT prostitutes, says historian Now this story is a nightmare. Cruise worker receives $3.34 million payout after ship doctor gives ‘wrong medication and wrong dosage’ Fortnite has now been
Read More

Buy it, we’re having a blast. The airplanes and the mortars are annoying as F though. And the death requires holding space bar (which hurts my hand) but otherwise, it’s something to play. Deal
Read More