WildStar Developer Carbine Studios Shuts Down Carbine Studios, the developer of the massively multiplayer online game WildStar, is shutting down, Kotaku has learned. Fifty people will lose their jobs in the process, according to a person briefed on the shutdown. The game will also come to a close. ‘Gilligan’s Island’ star Dawn Wells ‘having a rough time,’ ‘surprised’ by GoFundMe to
Read More 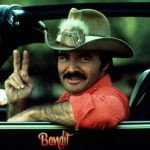 No heat or not enough heat is the 2nd most common symptom for Whirlpool WGD5600VQ0. It takes 15-30 minutes to fix on average.
Read More

This is a video of musician Chase Holfelder performing Jamiroqui’s ‘Virtual Insanity’ in virtual reality with virtual reality apps and instruments (previously: singing the ‘I Don’t Wanna Grow Up’ Toys R Us Jingle in a minor key to mourn the store’s closing).
Read More

How Redlands Unified allowed a predatory teacher to groom and abuse students for years, costing the district millions According to internal school district documents, Kirkland was disciplined in June 2012 and May 2015 for inappropriate conduct involving female students. Both times he was told he would be monitored for 45 days After Dropped Charges, FBI Re-Arrests Five
Read More

ALBUQUERQUE, N.M. –  When “Sons of Anarchy” debuted in 2008, creator Kurt Sutter repeatedly heard the same comparison: it was the poor, white working class version of the HBO mob series, “The Sopranos.” Now that “Sons of Anarchy” spin-off “Mayans M.C.” is set to launch, Sutter says he is prepared for it to inevitably be
Read More

hat’s what makes Lego’s latest over-the-top build even more impressive. There’s over a million pieces of Lego Technic in this life-sized Bugatti Chiron, as well as 2,304 tiny Lego electric motors allowing it to be actually driven to speeds of over 18 miles per hour.
Read More

The Coca-Cola Company signed a $5.1 billion deal on Friday to acquire Costa, a chain of coffee shops popular in the U.K. and across the globe. According to Reuters, Coca-Cola plans to use its new business to compete against beverage giants such as Starbucks.
Read More

That’s really sad  Brazil’s oldest and most important historical and scientific museum has been consumed by fire, and much of its archive of 20 million items is believed to have been destroyed. The fire at Rio de Janeiro’s 200-year-old National Museum began after it closed to the public on Sunday and raged into the night.
Read More

Someone recommended this product to me. I put it in my bike after getting like 6+ flats. Then I haven’t got a flat in 4-5 years now. They totally work. If you bike everyday, for sure get these. They’re way better than the dumb reinforced tubes or that thin yellow strip they try to put
Read More